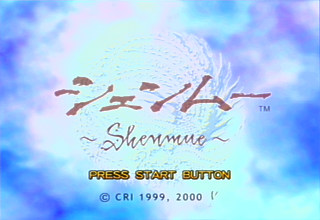 Shenmue puts you in the role of Ryo Hazuki, a young guy from Japan, who witnesses the horrid murder of his father at the hands of Lan Di, in his own house’s Dojo. Ryo is out for revenge for his father’s death, and the game starts with you looking for clues as to who was involved. By asking people in the neighbourhood, friends, and looking in surrounding areas, you will slowly gather more and more information. As you progress, you will end up working at Yokosuka Harbour driving forklifts, riding a bike through the city in order to save your “girlfriend” Nozomi, and taking on numerous gangsters, especially the Mad Angels.
Shenmue’s control system is pretty straight forward, you walk around with the D-pad, look about with the analogue pad (and you can reverse these), zoom in with the right shift button, and run with the left shift button (& these can be opposite too). The “A” button allows you to select things, open doors, turn on light switches and pick up stuff.
There’s truckloads of stuff to inspect, and the range of people in the game is nothing short of amazing. Each one will have something to say, some are helpful, some are rude and some might not know what you’re on about. It’s important to talk to as many people as you can, unless you’re rushed for time before you need to be somewhere, as the information you get can also lead to various options about a certain subject. Naturally, some people are only around at night, or in the day, and certain people aren’t round at all when it rains.
From time to time you’ll have to take part in a QTE (Quick Timer Event), which is simply a short in game sequence that has you pressing certain buttons in order to pass a certain section. Muck it up, and you may have to do it again, or it may affect the way the game goes from there.
You should practise your martial arts also, when you have a chance, and vacant parking lots, warehouses, and the Hazuki Dojo are all examples of where Ryo can train. Before you go to sleep at night is where you choose what moves to focus training on too.
Feel like a break? Step right up to the You Arcade and play some of Yu Suzuki’s past arcade hits, from Hang On to Space Harrier and Shenmue specific games like the QTE ones. You’ll have to pay ¥100 per game, so it’s wise not to spend all of it, ’cos you just may need it! Spend some time at the capsule toy machines too, because any sets you buy here can be pawned off in Shenmue 2 for quite a bit of money. It’s an idea also to go and buy drinks, because you can even win prizes at the Tomato Convenience Store, such as Saturn games, (which you can play on Ryo’s Saturn in the house - check under the T.V.,) a cassette player and other amazing prizes. You have about a 1 in 4 chance of winning something.

Shenmue’s epic storyline may be a major part of the game, but you certainly can’t afford not to mention the drop dead gorgeous graphics. The overall look to the game is that of a very real environment, and that’s because Yu Suzuki and his team spent a great deal of time studying actual plans of real towns and cities. The textures featured in the game are of an excellent quality and they are numerous and very well used. The random weather is a great effect in the game, and there’s some nice fog and snow to go with it. Ryo himself, and other characters and obstacles have some pretty nice shadows as well, that bend over the ground and walls, and at times where there’s more than one light source, Ryo may have more than one shadow. Impressive! There are quite a few nice mirrors as well, which can be found mainly in Dobuita, in the barber shop, in the antique shops and also somewhere in the Hazuki residence, although I’m not saying where.
In order to demonstrate to you how detailed this game is, you’ll find such things as a Master System instruction manual in Ryo’s drawer, a cockroach in the kitchen cupboard, matches you use on candles, light bulbs you can buy and then use, batteries for your torch also, the list goes on and on. You’ll also need to use telephones to ring friends and associates and catch the bus to work.
The most graphically amazing part of Shenmue can be found on the Passport disc, where the game characters have a yack about Shenmue. This is a real show off for what the Dreamcast can do in real time, and the lighting and facial detail is astonishing. Check out these droolific screenshots below:

The Passport disc also faetures a section that allows you to view any scenes that you may have been through in the game, and a spot to play the game’s music that you’ve heard. Top stuff!
The game does suffer slightly from touches of slowdown in highly detailed environments, but still with the amount of stuff on screen at these moments it’s no wonder. Luckily this doesn’t affect the gameplay at all, and fights and the driving part are all very smooth.
Audio wise this is superbly awesome, with some of the most beautiful music in a game ever. It sets many moods throughout the story, from the bitterly sad moments, to the heart-pounding chases & QTEs. The character voices are generally very clear and background sounds and footsteps are all very nice touches as well. 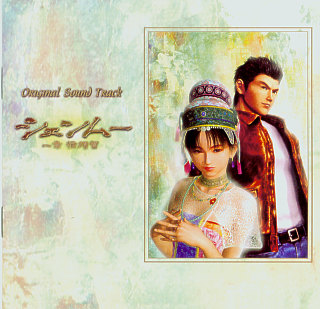 If you know where to look, or if you’re living in Japan, you can pick up the rather hard to find double CD soundtrack. Featuring most of the game’s amazing music, and a wonderful in-lay booklet, this is one for the true Shenmue fan. There’s a total of 39 tracks over the space of the 2 CDs, and CDs being what they are, you don’t have to worry where in the world you are in order to play them, unlike games & DVDs.
All in all Shenmue is certainly one of the greatest games that I’ve ever had the pleasure of playing, and if you can still find it anywhere, I recommend snatching it up quick smart! This is more than just a game, it’s an experience you’ll never forget.

Graphics: Unbelievable. Shenmue has been called by numerous sources, the most realistic looking game in a long time. The amazing reflections, weather effects, lighting, and character detail is purely awesome. Not to mention the superb environments surrounding you, whether you’re in doors or outside. This is the Dreamcast at it’s finest. 99%
Animation: Reasonably smooth, considering the amount of detail in this game. Some sections can get a bit jerky, but it’s not painfully slow. Character animation is motion captured, so it’s generally pretty great looking. Extra points there. The 60Hz option ensures you get the most out of things too, and it does make a bit of a difference for this game. 93%
Sound: Good voice sounds and great overall effects. There’s truckload of speech in this game, and no doubt these Dreamcast GDs are totally chokkas with it. The music is absolutely stunning and it sets the mood of occassions perfectly. It’s like a movie sountrack in some areas, and is certainly better than some movies’ music. 92%
Playability: Reasonably easy to get into, with easy to control characters. Sometimes you’ll end up inspecting the wrong thing where items are close together, and the D-pad is a bit wonky to move your character with, but I think you can change it to the analogue one. 94%
Lastability: The desire to find out what the heck happens next draws you in over and over, and the amount of things you can do and explore will keep you satisfied for ages. 92%
Overall: Totally breathtaking. This is one of the very rare games that is the finest of quality in every way, and with excellent playability and a fabulously well thought out story that matches, Shenmue will be with you for a very long time. Yu Suzuki’s strict policy for game quality is obviously evident throughout the entire game. Plus the 3 odd screens worth of debuggers in the credits certainly shows this, plus the fact that it cost $25 900 000 to produce! Texture quality is certainly above my standards and the reasonable smoothness of it all makes it all the more enjoyable, plus the epic story line is above top notch. There are a few little bits that stick out as incorrect, but they’re only minor. Firstly the Saturn in Ryo’s house never existed in 1986, and neither did Virtua Fighter or Sonic, which you’ll find on the gumball machines. However the games in places such as the You Arcade are pretty accurate to that time.
The new F.R.E.E. genre is definitely an interesting style. All up an unforgettable game that will affect your emotions on all levels and leave you thinking at all different times. One game that you must experience yourself. 97% 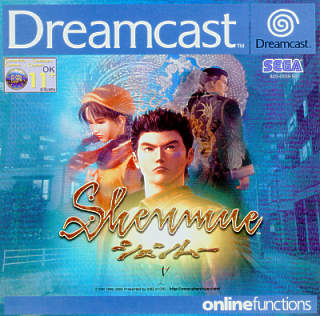 • When you’re on the 2nd last day of driving the forklift, make sure that you finish up all you need to, because after the 5th day, it’s not long until you finish up the game all together. If you have any left over winning cans, be sure to claim any winning items, because the cans aren’t transferred to Shenmue 2.
 If you look closely at the background details in Xiuyings yacking dealie on the Passport disc, youll notice its pretty close to what her room looks like in Shenmue 2 at the apartments, so they kept it the same.